Kate Bosworth is definitely one of those actresses you know better for her style then her acting.

The 30-year-old first became famous however for her role in 2002’s Blue Crush.  Since then, she’s appeared as Lois Lane in 2006’s Superman Returns and her latest major film was Straw Dogs, which came out in 2011.  She’s also know for dating Hollywood hotties Orlando Bloom and Alexander Skarsgard, and is currently engaged to director Michael Polish.

But Kate is a huge fashion star.  She has a jewelry line with friend Cher Coulter called JewelMint, and has appeared in advertisements for Cotton Incorporated, Calvin Klein Jeans, and Coach.  Fashion magazines and designers jump at the opportunity to dress her thin frame (for which she has often received criticism for), and her everyday look makes fashion lovers drool.  So, when trying to dress like trendsetter Kate, think what will be the latest fashion trends, utilize prints and different colors, and think outside the box.

In this first look, Kate is out and about with her fiancé.  To copy this perfect spring or summer look, go with a white sleeveless Peter Pan collared shirt, a colorful printed pair of shorts, and black sandals.  Accessorize with a black bag or tote (which is perfect for class). 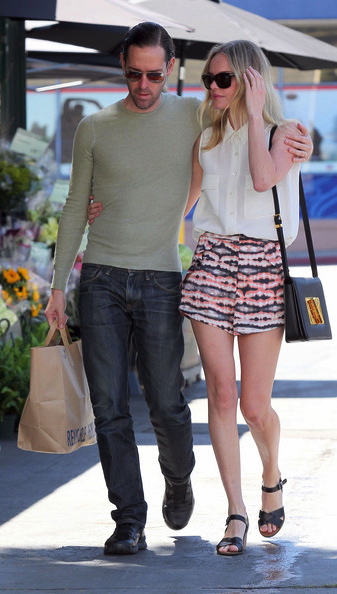 This second look is of Kate at a Chloe Cute event.  For a cute, but different, dinner outfit, select a nude maxi skirt and a white tank top.  Make sure to tuck the tank into the skirt to copy Kate’s look, and add nude heels. 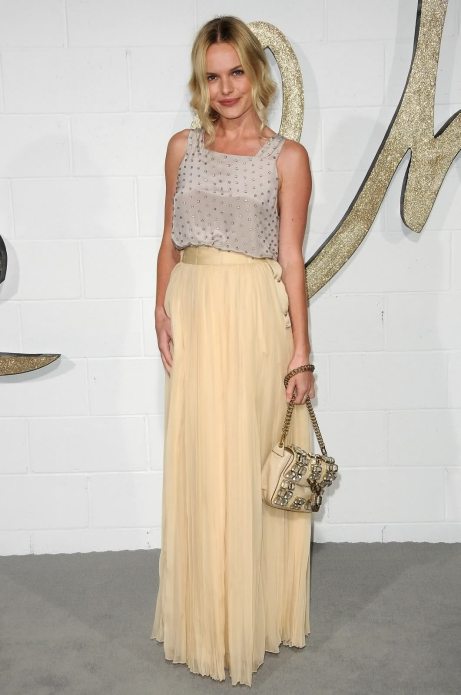 In this final look, Kate is at the Vanity Fair Oscar party.  Take this sequined Alexander McQueen dress and turn it into a shining night look.  Choose a subtle sequined dress, gold or silver heels, and a red clutch as an accessory.

Kate’s style is one that everyone is always clamoring for.  She’s such a trendsetter and I certainly look at her for inspiration.  Regardless of the type of style you have, everyone should look to Kate as their fashion inspiration.

← Color of The Year: Emerald City
“I Like Girls That Wear Abercrombie and Fitch” →