Diane von Fürstenberg: Then and Now

Bright, bold, and beautiful. Diane von Fürstenberg. This fashion icon has had an interesting past with fashion. Diane went from being married to royalty, to becoming one of the most famous designers in the world, creating clothing fit for a queen. Her first introduction into the fashion world was when she showed her designs to Diana Vreeland in 1970, the highly respected editor of Vogue at the time. Vreeland fell in love with Fürstenberg’s designs and listed her name for that year’s New York Fashion Week. 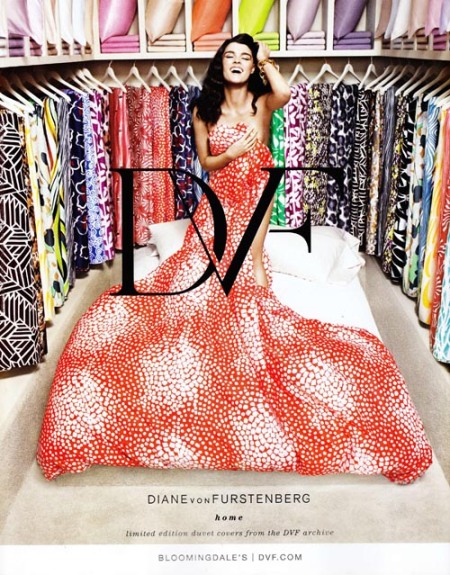 DVF became an instant success because her designs coincided perfectly with the 1970’s bohemian-chic style, and because Fürstenberg introduced a new style of dress: “the wrap dress”. The wrap dress became the signature look behind all of Fürstenberg’s designs because of its pure elegance, and ability to flatter a variety of shapes and sizes. 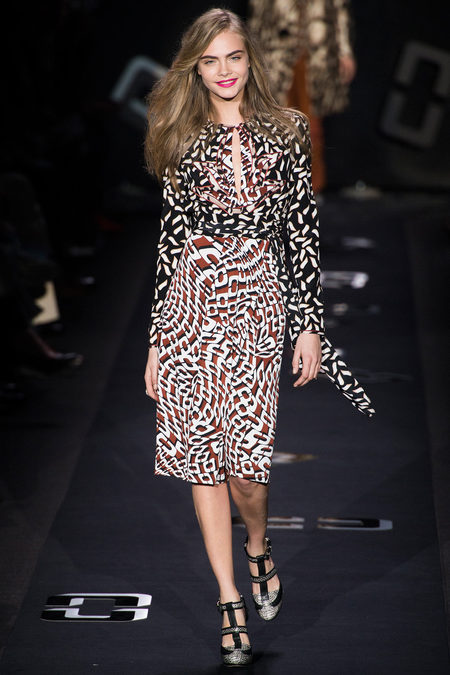 DVF has been incredibly successful for over 40 years, largely because the brand filled a huge void in the fashion market. Looking for a sophisticated dress that will stick out from others? Stop by DVF. Essentially, prints are to Diane von Fürstenberg as Anna Wintour is to “bug lady” sunglasses–simply inseparable.

Although DVF has been in the fashion business for over 40 years, her designs are anything but outdated. They’re iconic. In her most recent runway show (FFW13) she stayed true to her 70’s style by using bold prints, loose-fitting designs and her iconic wrap dresses. Notably, Cara Delevingne was the first look of the collection and is rumored to be the muse behind the show.